The Women's Suffragette Movement: The Struggle and Success of a Woman's Right to Vote 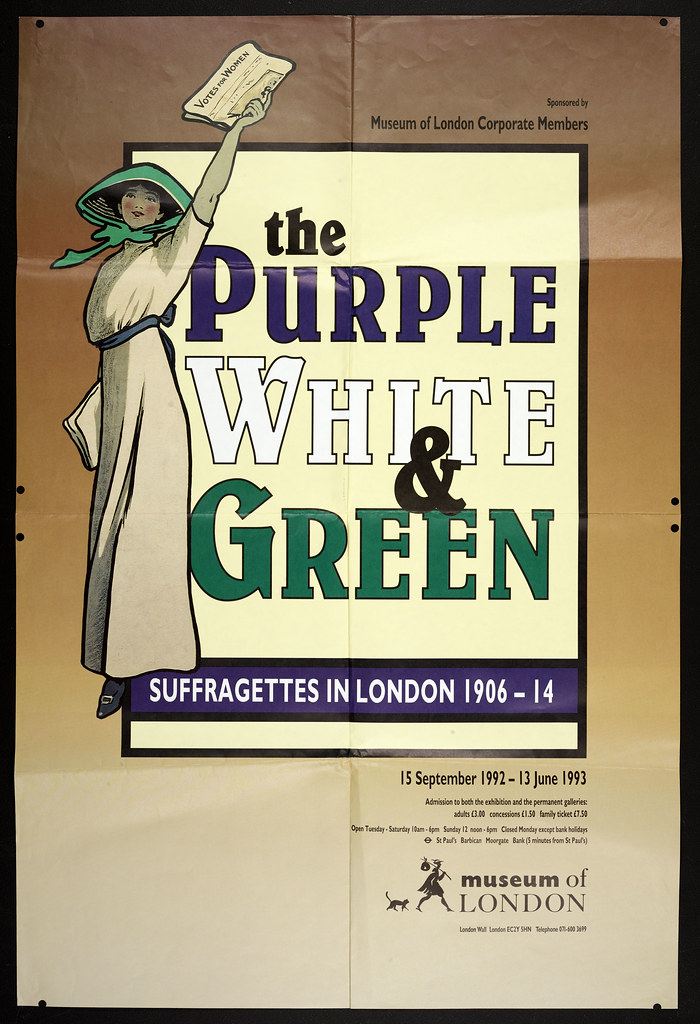 The women’s suffrage movement was a social and political campaign to achieve the right for women to vote in general elections. The movement began in the early 19th century, gained traction throughout the mid-to-late-19th century, and extended into the early 20th century. The fight for women’s right to vote was a long and complex battle across different countries. In this article, we look at the history of the Women's Suffragette Movement, its leaders, milestones, and why it started.

Suffragism is the belief in the right of women to vote, and it differs from suffragette in that suffragist is the noun and suffragette is the adjective. The word suffragist was first used in the early 1880s and is believed to have been coined by the American press. It was meant to distinguish between people in favor of votes for women and the more militant suffragettes, who were gaining attention in Britain at the time. The word was meant to show disapproval of the more forceful activities of the suffragettes, but the movement itself had no specific name. This meant that the word suffragist could be applied to many different groups and individuals with similar beliefs.

The Origins of the Suffragette Movement

The Women's Suffrage Movement started in Britain in 1866 when a group of women who were already politically active decided to campaign for women's right to vote. The movement started with just a few groups, but it quickly grew into a national trend as the campaign became more popular. The most prominent leaders of this initial movement were Barbara Bodichon, Bessie Rayner Parkes (Bessie Braddock), and Anna Jameson. She met regularly in the 1860s to discuss ways they could get women involved in politics.

In 1867, the first suffrage petition was presented to parliament by John Stuart Mill, but it was not successful. In 1869, Mill tried again with another petition and managed to get it accepted by parliament. However, it was only debated seven years later and then rejected again. Despite this setback, women continued to fight for their right to vote over the coming decades, and various groups of suffragists presented many more petitions over the next few years. In 1897 there was a large-scale demonstration outside parliament organized by Emmeline Pankhurst and Annie Kenney that attracted around 10,000 people from all over Britain and led to several arrests when some demonstrators tried to storm through the gates into parliament. The following year saw a further demonstration that saw many more arrests when suffragettes broke through police barriers around Downing Street and attempted to enter 10 Downing Street itself (the Prime

Women’s Suffrage in Britain and Ireland

In the United Kingdom, women’s suffrage was one of the most successful social movements of the 20th century. It was achieved when the Representation of the People Act 1918 gave women the right to vote in general elections. These women were given the right to vote only if they met the same criteria as men, such as being at least 21 years old and owning property. Nevertheless, this was a significant step towards equality. The movement to achieve women’s suffrage in Britain began as early as the mid-19th century. It was led primarily by upper-class women, who were concerned that women of lower social and economic status were not represented. In the early 20th century, the movement gained significant momentum. In 1908, the Women’s Social and Political Union (WSPU) was formed. The group used increasingly militant tactics to draw attention to their cause, and the organization gained enormous popularity. However, the group’s increasing radicalism led to significant opposition, and many of its leaders were imprisoned for breaking the law.

Women’s Suffrage in the United States: The Struggle Begins

The fight for women’s right to vote in the United States began in 1848 with the Seneca Falls Convention. The convention, organized by social reformer and abolitionist Lucretia Mott and others, resulted in the first women’s rights convention. It was also the first time the demand for women’s suffrage was made in a public forum. During the next few decades, the women’s suffrage movement gained traction. In 1890, two significant events occurred that significantly influenced the campaign. The first was the formation of the National American Women’s Suffrage Association (NAWSA), which was led by experienced suffragist and social activist Susan B. Anthony. The group’s goal was to achieve equal voting rights for all men and women. The second event was the passage of the 19th Amendment, which stated that the right to vote could not be denied to any citizen based on sex. However, the 19th Amendment was not ratified until 1920, almost 40 years after it was first proposed.

The women’s suffrage movement was a long and complex battle across different countries. In the United Kingdom and Ireland, women’s suffrage was achieved when the Representation of the People Act 1918 gave women the right to vote in general elections. The movement to achieve women’s suffrage began as early as the mid-19th century. It was led primarily by upper-class women, who were concerned that women of lower social and economic status were not represented. The movement gained significant momentum in the early 20th century. In 1908, the Women’s Social and Political Union (WSPU) was formed. The group used increasingly militant tactics to draw attention to their cause, and the organization gained enormous popularity. The group’s tactics, including hunger strikes and arson, were controversial in mainstream society. The group was eventually disbanded by its members due to internal conflicts. The movement continued, however, and a compromise was reached with the government of David Lloyd George, who agreed to give women the right to vote in 1918 if he was re-elected. Women were finally given the right to vote on November 2nd, 1918.